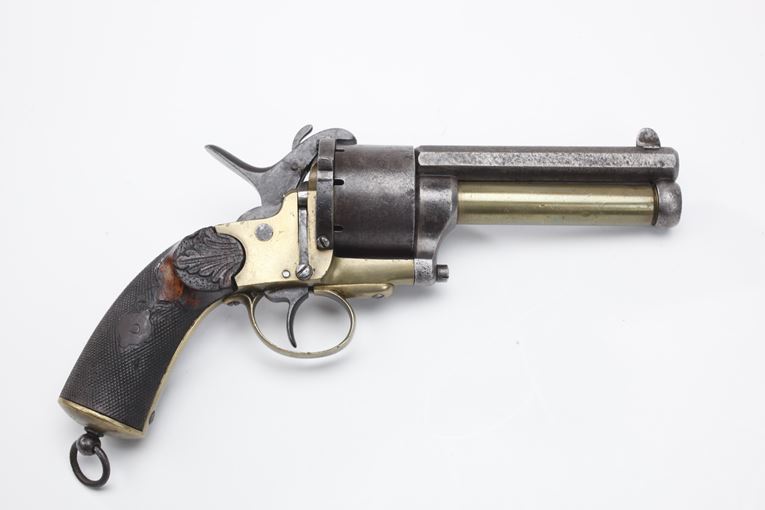 Although invented in America, these pistols were manufactured in Liege, Belgium, as well as in Paris and London. The LeMat design offered enhanced firepower that was especially effective in close combat situations. In addition to a rifled upper barrel, these single-action percussion revolvers were also fitted with a separately-fired smoothbore lower barrel that contained a buckshot load. Either barrel could be selected by manually pivoting a special striker that was incorporated into the hammer.