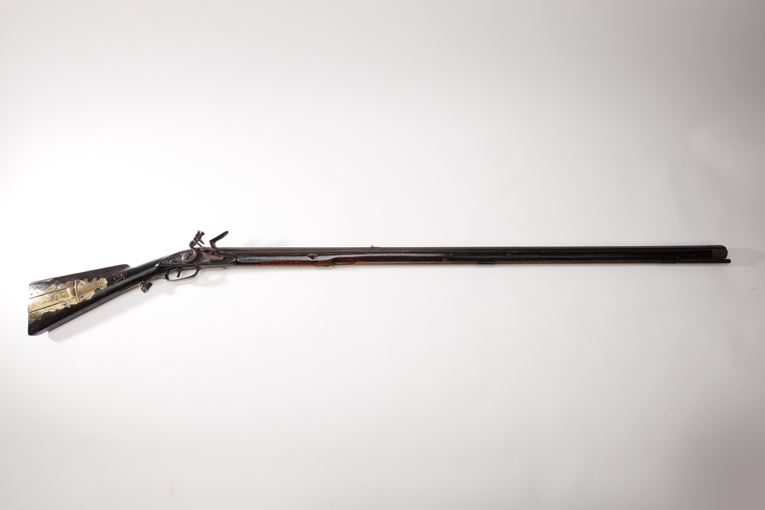 Greaff was a Lancaster, PA militiaman during the Revolutionary War. This rifle is typical of those used by the militia. The British War Department, in an effort to demonstrate to King George III the reason why the world's finest army was being bottled up in Boston, required two captured Pennsylvania militiamen to demonstrate their marksmanship with their rifles in a field outside London. Their skill so impressed the King that he ordered the English Ordnance Office to make a few copies of the Lancaster rifles. The British Army did not adopt infantry rifles for another two decades.