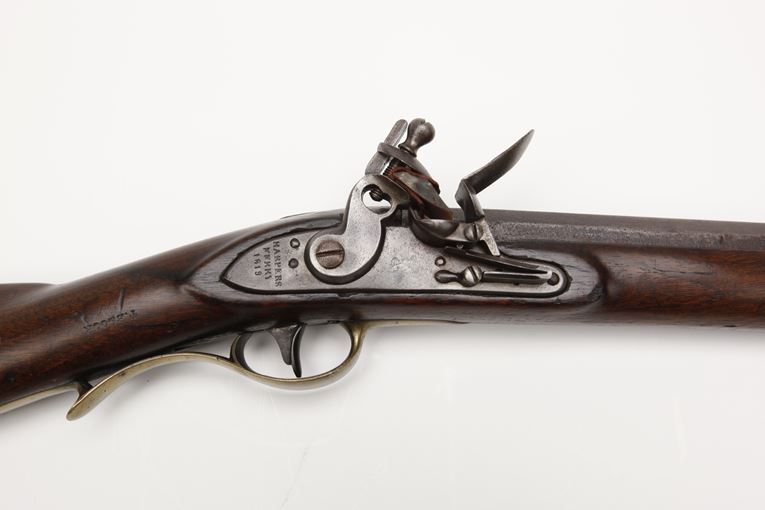 U.S./Harpers Ferry Arsenal Model 1803 Flint-lock Rifle (single-shot/ muzzle-loading/ black powder/ ball ammunition) A second national arsenal at Harpers Ferry, Virginia, began production of the first U.S. military rifle. In 1803, President Thomas Jefferson suggested that it be used on the Lewis and Clark expedition. The rifle was manufactured with both 33- and 36-inch barrel lengths. Sized at .54 caliber, it is equipped with a half-stock that is attached to the barrel using a tang screw and wedge instead of pins or bands. This example has a lug under its barrel that holds a ramrod in place with two thimbles. Although the Model 1803 Rifle was found to be somewhat weak in military use, it became a progenitor of civilian rifles when needs for personal firearms had changed (see Case 23 gun #2). The rule of survival of the fittest" also applies to firearms." --Dr. William L. Roberts, THE AMERICAN LIBERTY COLLECTION; #31