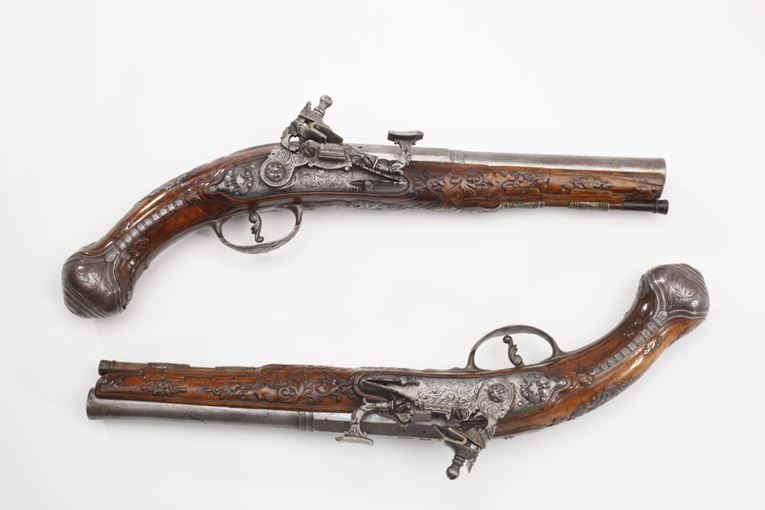 
The examples displayed here are typical of arms produced in the region between Florence and Bologna during the latter 18th and early 19th century. Dating from 1782 and bearing the initials "C.Z." on the inside of the lockplate, these pistols are attributed to Cassiano Zanotti, a member of a gunmaking family that settled near Lugo. Produced in the 17th century French style, the chiselled ornamentation and snaphaunce locks are typical of pistols produced a century earlier.