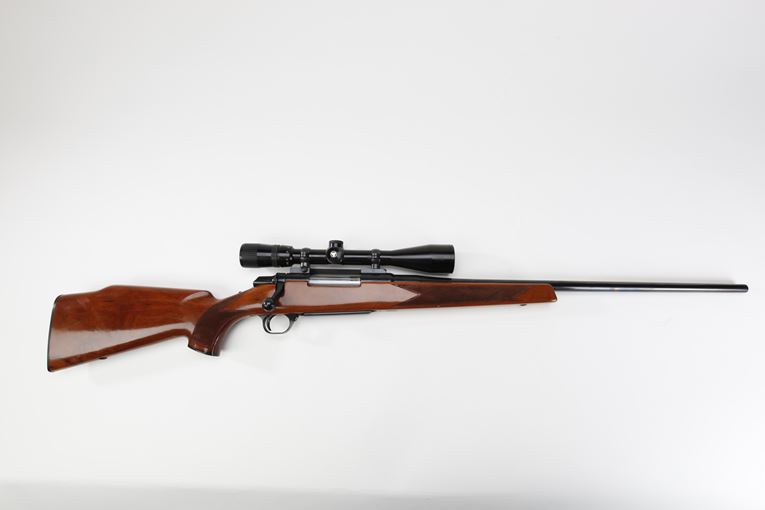 
1978 Browning (U.S.) BBR Bolt-Action Box Magazine Rifle (repeater/ breech-loading/ smokeless powder/ cartridge ammunition) Another Browning-designed, Miroku (Japan)-made product, the BBR bolt-action rifle represents a trend. Increasingly, Japanese firms have been able to meet European standards. However, the Japanese are reluctant to reflect a warlike image. They have therefore stayed away from much involvement in the arms industry.

However, where there is a profit to be made, the Japanese, like businessmen around the world, are likely to go after it. The most interesting aspect of this situation is that most arms innovations come from Europe, e.g. Heckler & Koch. The Japanese culture lends itself to refinement, not innovation, and Japanese arms manufacturers may remain cautious awhile longer. This is especially true since Miroku itself fell victim to problems involving manufacturing costs versus sales. The company went bankrupt, and the BBR is no longer manufactured. --Dr. William L. Roberts, THE AMERICAN LIBERTY COLLECTION; #180