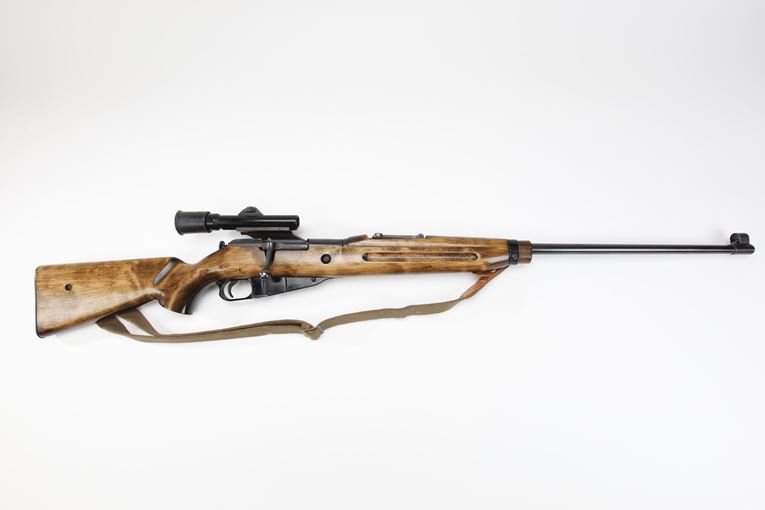 Czechoslavakian VZ54 bolt-action sniper rifle. This model was adopted in 1954 and is based on a refinished WWII Mosin Nagant rifle action which had the Soviet markings removed and the Czech arsenal marking "she" added. This example was reproofed for export. The model was in production for only three years before being replaced by the Russian SVD.


This firearm was donated in 2007 from the family of Bruce Stern. Mr. Stern's military firearms collection was one of the largest private collections in North America.