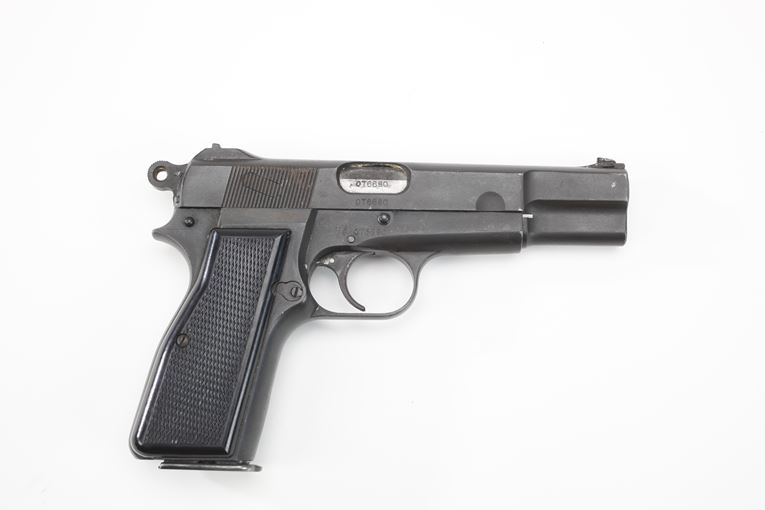 During WWII, with the fall of Belgium to German forces, the Fabrique Nationale arms factory was captured. Engineers and designers that escaped capture were brought to Canada, where they recreated the FN 9mm pistol for Allied issue. The modified semi-automatic design used English-thread screws instead of European metric ones, but the majority of components were interchangeable.


Canadian-made versions of the Browning 9mm pistol were widely issued throughout the Commonwealth. Examples made during the closing months of WWII were still in service during Korea and Vietnam.