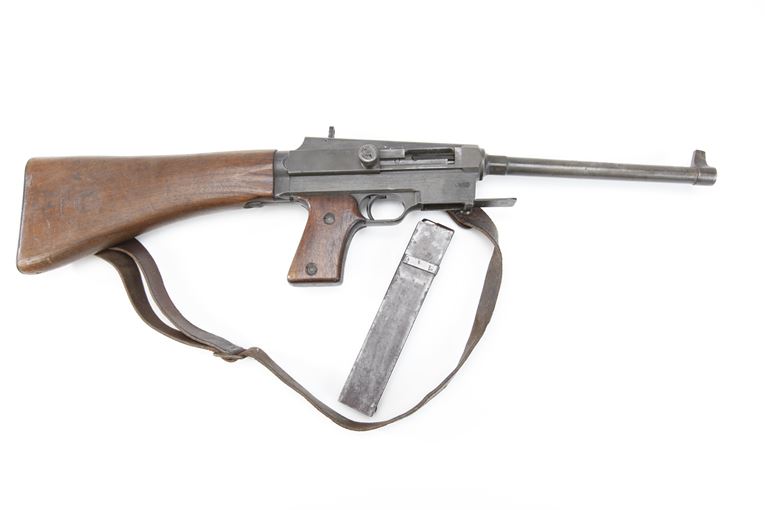 This blowback-operated submachine gun employs some unusual features. Among these are a folding trigger which, when pushed forward, acts as a safety mechanism. The stock is also removable, and the gun cannot be fired under this condition. In addition, the bolt travels at an angle relative to the plane of the barrel. Roughly equivalent to a .32 ACP cartridge, the 7.65 mm MAS caliber ammunition used in this gun is now obsolete. During its service life, it was only manufactured at arsenals in France and Vietnam.