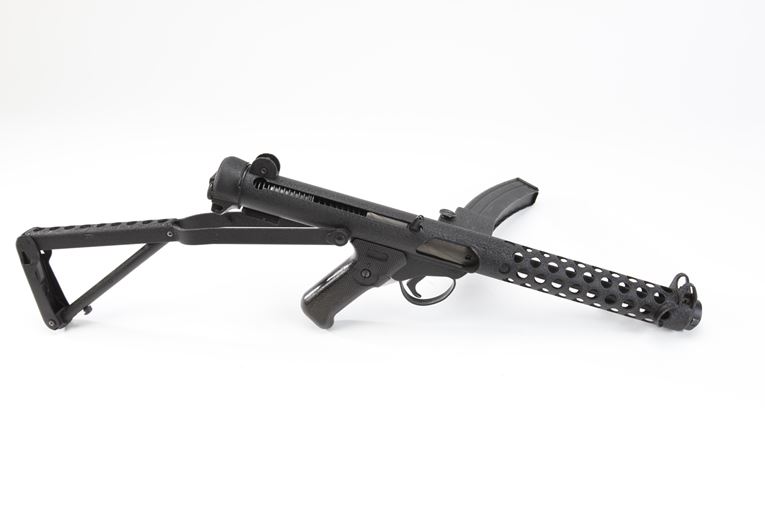 A limited number of semi-automatic variants of the popular British Sterling submachinegun were imported. This example, imported by Parker Arms of Dallas, TX, is one of less than 200 known to exist. It is fitted with a dummy shortened display barrel that is unchambered.


This firearm was donated in 2007 from the family of Bruce Stern. Mr. Stern's military firearms collection was one of the largest private collections in North America.