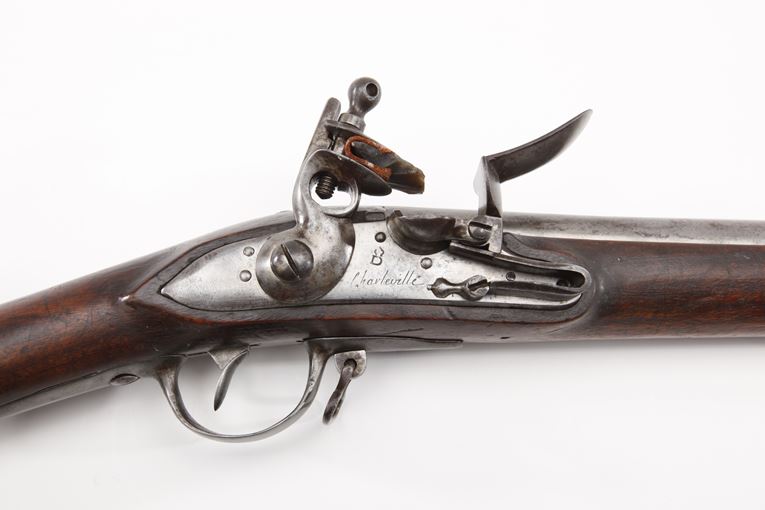 
Over 100,000 muskets, ranging from the Model 1718 to the Model 1777, were purchased from France during the American Revolution. Connonly called "Charleville" muskets, these arms were produced at the French royal armories at Charleville, Maubeuge, and St. Etienne. Lafayette brought several hundred as a gift when he arrived on these shores in 1777. Charleville muskets were considered to be superior to the British "Brown Bess." The Springfield Model 1795 musket, the first long arm to be produced in the United States for military use, was patterned after the Charleville design.