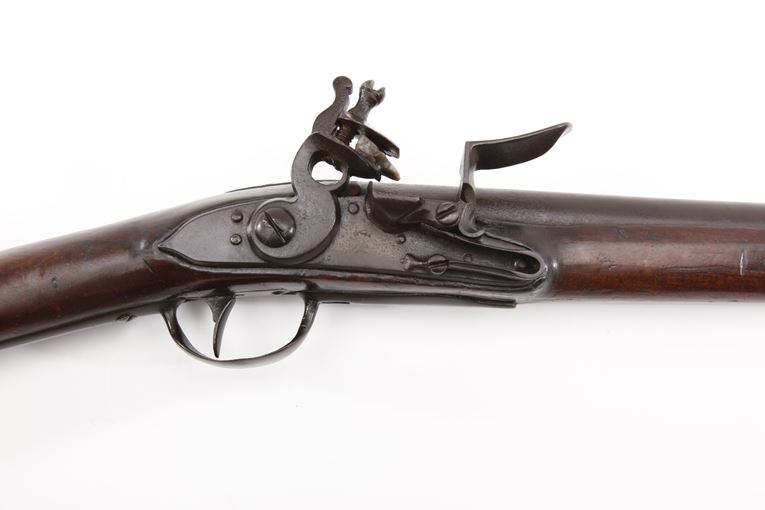 Although manufactured in France, this carbine bears "US" surcharge markings.


Model 1768 French Flint-lock Cavalry Carbine (single-shot/ muzzle-loading/ black powder/ ball ammunition) This U.S.-surcharged gun, which was issued in 1776, is one of only about 1,100 cavalry carbines that were sent to the Colonies from France. Carried in leather slings at the side of horses, these two-banded weapons were very effective. In the north, Continental Cavalry serving under General George Washington were primarily used to scout enemy positions. In the south, however, cavalry under the command of General Nathanael Greene fought successfully against the British. Probably the most memorable American cavalry general was Light Horse Harry" Lee, whose troopers showed great fervor in cornering Lord Cornwallis at Yorktown. One of Lee's sons would later command all Confederate armies in their war against the United States." --Dr. William L. Roberts, THE AMERICAN LIBERTY COLLECTION; #25