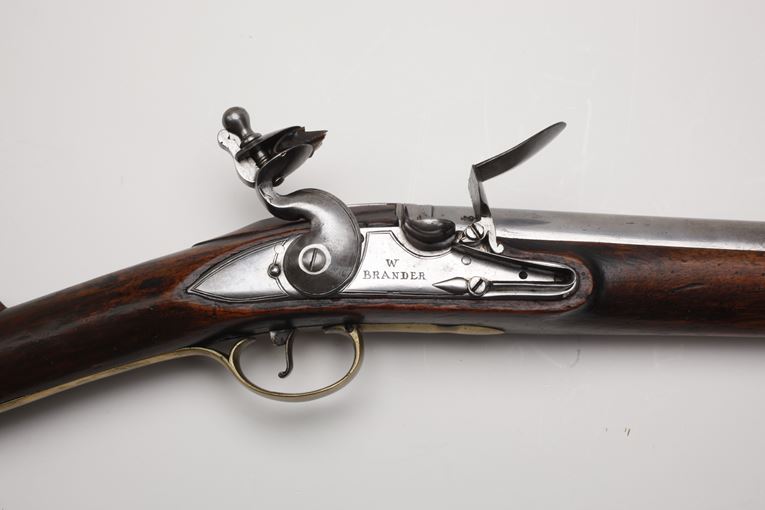 The barrel markings on this musket indicate it was produced on contract for the British military.


Circa 1775 British Short Land Service Flint-lock Brown Bess" Musket (single-shot/ muzzle-loading/ black powder/ ball ammunition) Fabricated at Dublin Castle in 1775, this Short Land Service "Brown Bess" musket was issued to the 54th Dorset Regiment, which arrived at Cape Fear, North Carolina, on May 3, 1776. Under command of British general Lord Cornwallis, the musket saw service at Sullivan's Island, South Carolina. The 54th was dispatched to New York, where it served under General William Howe in the New York and New Jersey campaigns against colonial troops under the command of General George Washington. Later, the Regiment fought in defense of Newport, Rhode Island, in August, 1778. Its last wartime commander was the American traitor Benedict Arnold, who led its troops in an attack on Connecticut in 1781. The 54th returned to Dorset, England in 1783, after the war had ended." --Dr. William L. Roberts, THE AMERICAN LIBERTY COLLECTION; #19