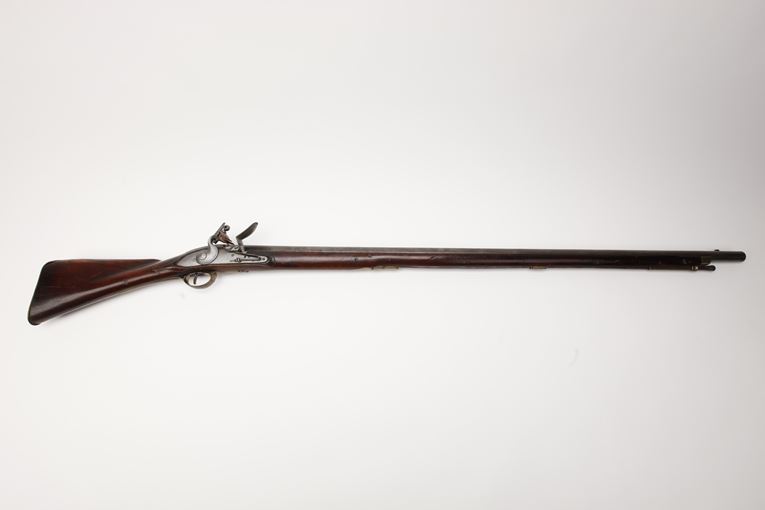 Converted from a British musket, this salvaged longarm was issued by a colonial Committee of Safety. Committees of Safety were established in the thirteen colonies and were responsible for organizing and equipping their respective militias for military action against the British. Committee of Safety muskets were produced by local gunsmiths, who did not include any sort of manufacturer's markings lest they be charged with treason by British authorities.