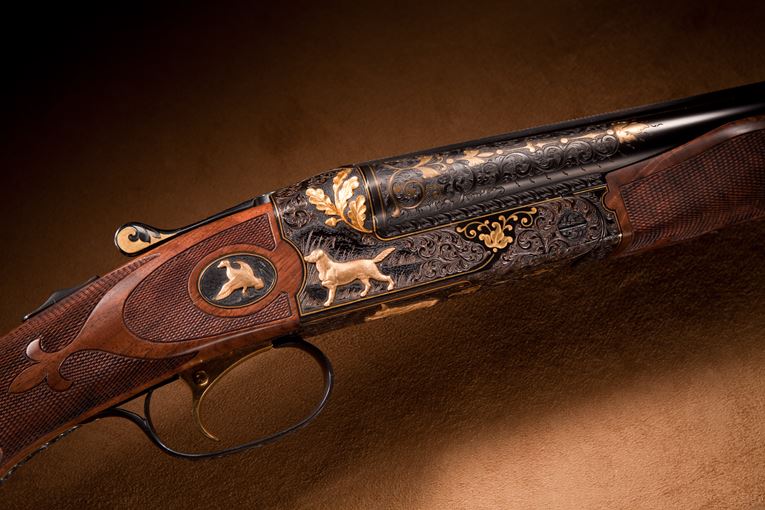 In the world of Winchesters, the Model 21 is without argument, the finest quality gun produced by the venerable arms making firm. And in the world of Model 21's, this gun, John Olin's "King Buck" 21, is considered to be the finest Model 21, and thereby the finest Winchester, ever produced. It is heavily embossed and inlaid with solid gold to commemorate Olin's favorite hunting dog, a black lab named "King Buck". Images of King Buck were used in numerous advertising campaigns.