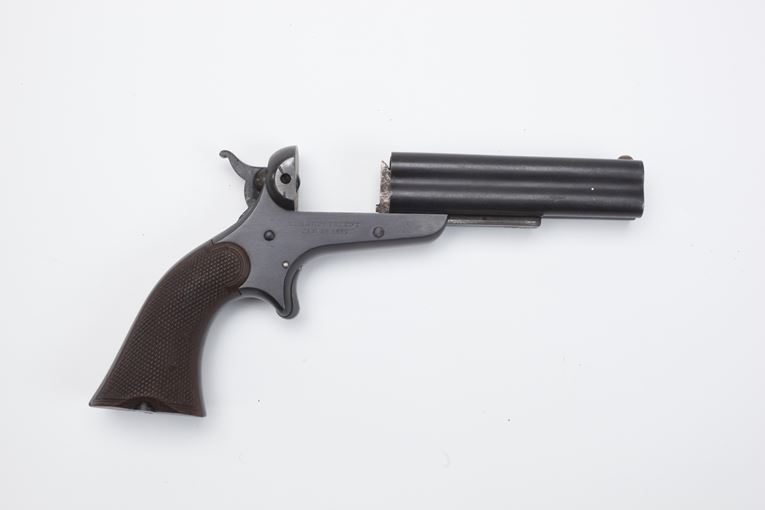 A compact four-barrelled pistol, this model was made between 1859 and 1874.