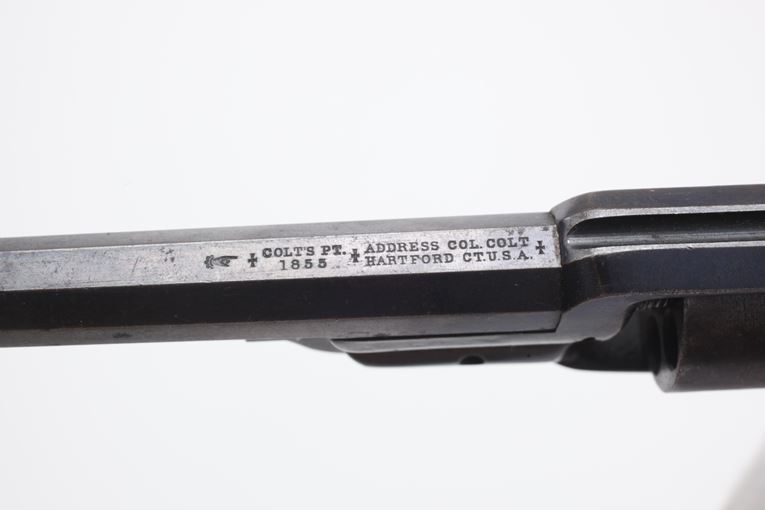 Colt's only percussion solid-frame revolver, the Model 1855 was manufactured between 1855 and 1870. This model is also known as the Root Revolver, after Colt designer Elisha Root. Over 40,000 of these revolvers were produced in several models, with caliber, barrel length, and markings serving as distinguishing features between these versions. SN 9862