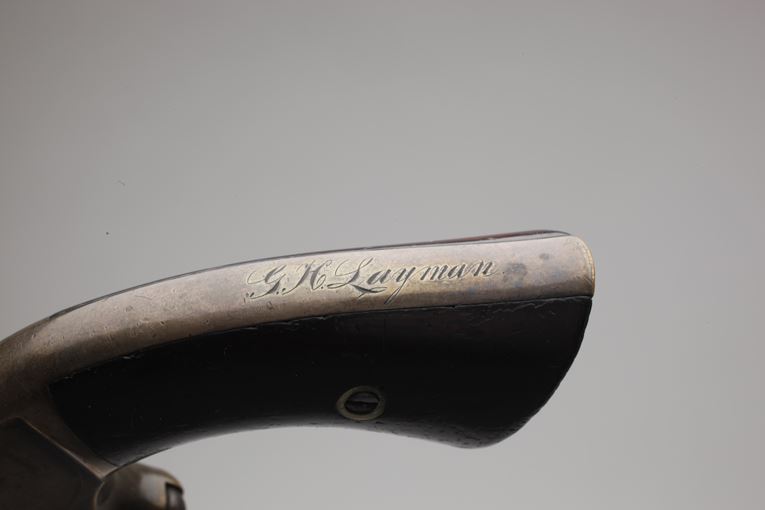 Nearly 120,000 No. 1 Second Issue revolvers were made during the 1860s. These revolvers are easily distinguished from the No. 1 First Issue by their flat sides and irregular-shaped plate on the left side of the frame. This specimen was carried during the Civil War by a trooper of the First New York Dragoons. This model was made at Springfield, MA from 1860 to 1868.