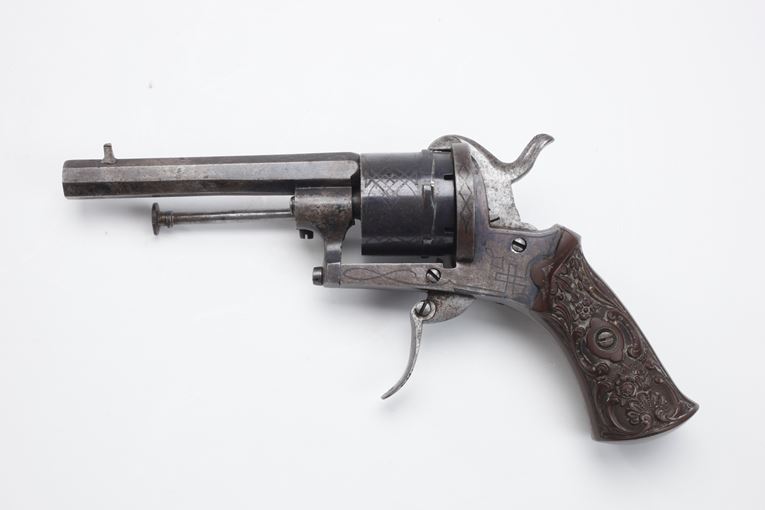 Pinfire revolvers were among the first metallic cartridge handguns in Europe.