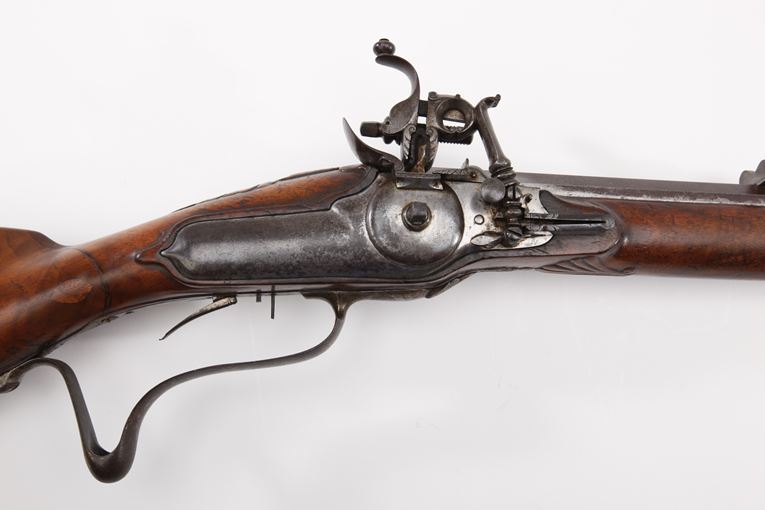 A civilian sporting longarm, this rifle would have provided longer range accuracy in hunting.


Mid-16th Century French Martial Wheel-lock rifle (single-shot/ muzzle-loading/ black powder/ ball ammunition) Produced in France, the circa-1560 display gun employs a wheel-lock ignition system and a rifled barrel. Working like the serrated wheel of a cigarette lighter, these rifles were expensive to manufacture. They are difficult to repair and slow to load, but can be fired in wet weather and are accurate because of their rifled barrels. Unlike other European wheel-locks, French arms contain their wheel inside the gun, making them more impervious to moisture. Wheel-locks were used by France, Spain, and England for colonial development. French settlement in North America began in 1541, and exploration and conquest continued. In 1608, French explorers founded the settlement at Quebec. -- Dr. William L. Roberts, THE AMERICAN LIBERTY COLLECTION; #3