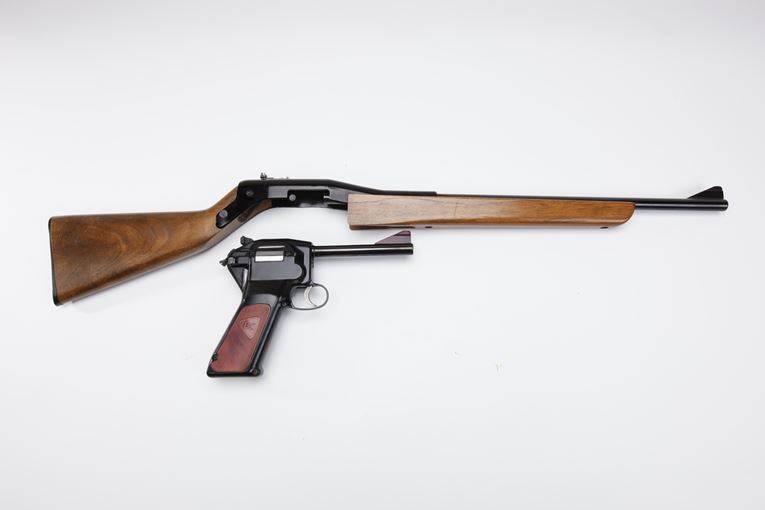 Firing triangular polymer cartridges (or "Trounds"), the Dardick was a novel handgun that could be made into a carbine, combining the operating features of the revolver and the magazine capacity of the semi-automatic. The Dardick was first marketed in 1954 and production ended in 1962.


The Dardick operates as a double-action revolver in that a single pull on the trigger brings the hammer to the cocked position, rotates the cylinder bringing a round ( or "Tround") into position under the hammer and releases the hammer to fire a cartridge. It differs from the revolver in having a magazine in the butt and open-topped chambers in the cylinder. As the cylinder rotates, with each pull of the trigger one of the open-topped chambers picks up a fresh cartridge from the magazine, another positions a cartridge under the hammer for firing while another allows a previously fired cartridge case to fall from the open right side of the pistol.