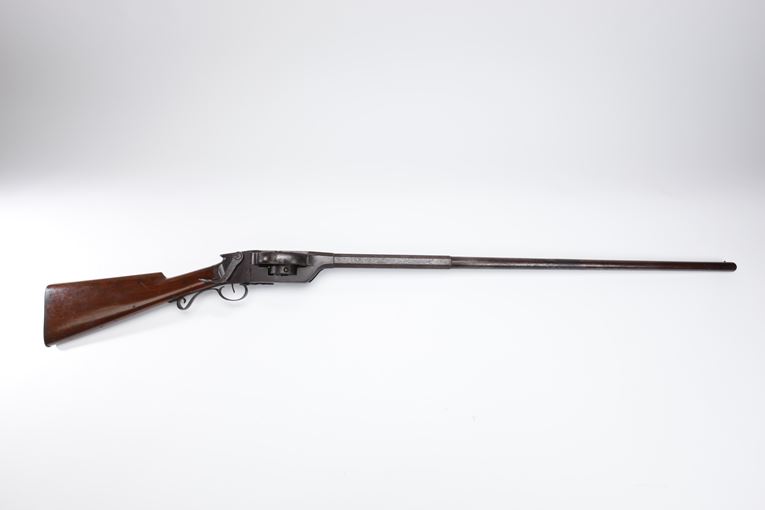 This repeating firearm is the only known example of the Edmund H. Graham patent of September 16, 1856. This horizontal revolving turret gun was designed with a cover plate that was intended to keep adjoining chambers from discharging. The five-shot cylinder is advanced by the side lever. Each of the chambers in the cylinder was separated from the next chamber by 72 degrees of rotation.


This repeating firearm was once part of the James Serven collection. The side lever revolved the cylinder to the next firing position, cocking the hammer at the same time. The hammer is located at the front of the cylinder hub.