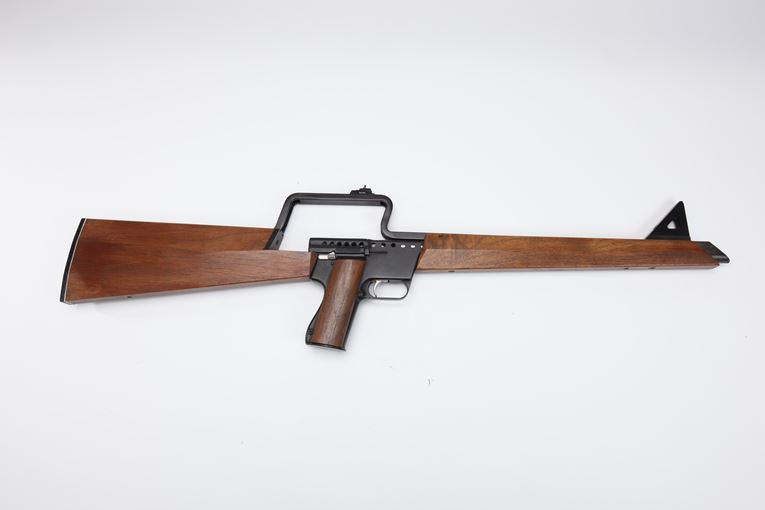 This early Gyrojet carbine, serial 0007, was reputedly made for use in a James Bond movie. Gyrojet pistols and carbines were manufactured circa 1966-1969. The Gyrojet round is a rocket projectile. Since there is no empty case to eject, functioning is simplified. The hammer drives the projectile rearward against a fixed firing pin in the breech face. As the projectile moves forward, it rides over the hammer, forcing it back down into the cocked position.