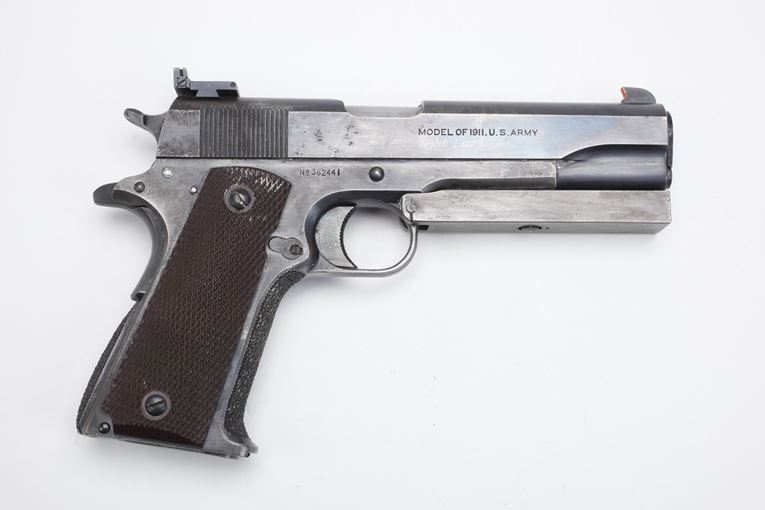 This semi-automatic was accurized by pistolsmith A. E. Berdon for National Match compeition.