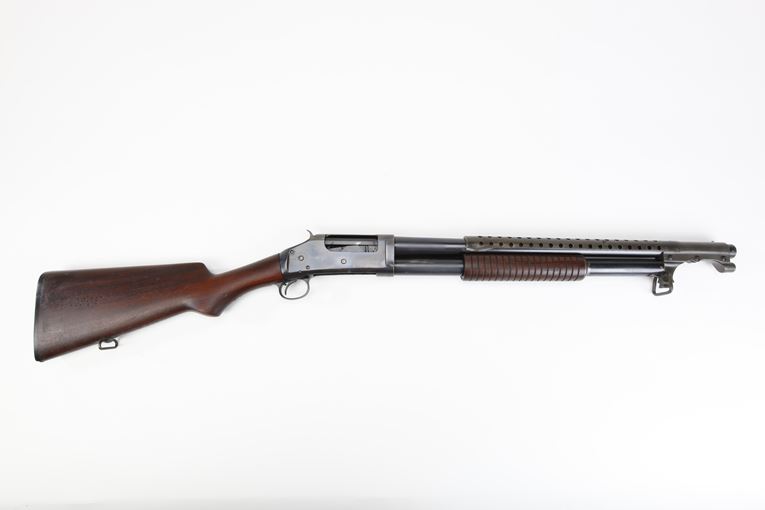 American "Doughboys" used shotguns both as a devastating close-quarters arm for use in raids on enemy trenches, and as a defensive arm for blasting incoming grenades thrown by opposing forces. SN 687980E


U.S./Winchester Model 1897 Slide-Action Tube Magazine Trench Shotgun (breech-loading/ smokeless powder/ shot ammunition) The Model 1897 Trench Shotgun has seen service in every U.S. conflict up to the present day. It is designed for close-in fighting, particularly in trench warfare where troops armed with them can clean out" whatever opposition they meet. Chambered in 12 gauge and possessing a six-shot capacity, these are formidable guns. The Model 1897 has also served law enforcement agencies as a "riot gun," and they are also effective for home defense, as the noise made by their slide intimidates most criminals." --Dr. William L. Roberts, THE AMERICAN LIBERTY COLLECTION; #113