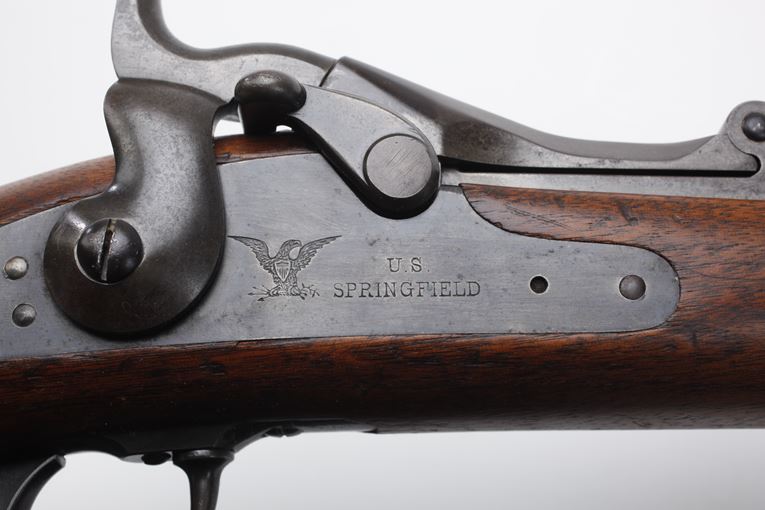 Although there is no official designation for the Model 1879, these 1873-dated arms possessed notably thicker and wider receivers and different breechblocks than those used on the earlier models. The serial number of this carbine also falls within the range for carbine and rifle production between 1879 and 1885. Some of these arms were later altered for installation of improved long-range sights. SN 188598