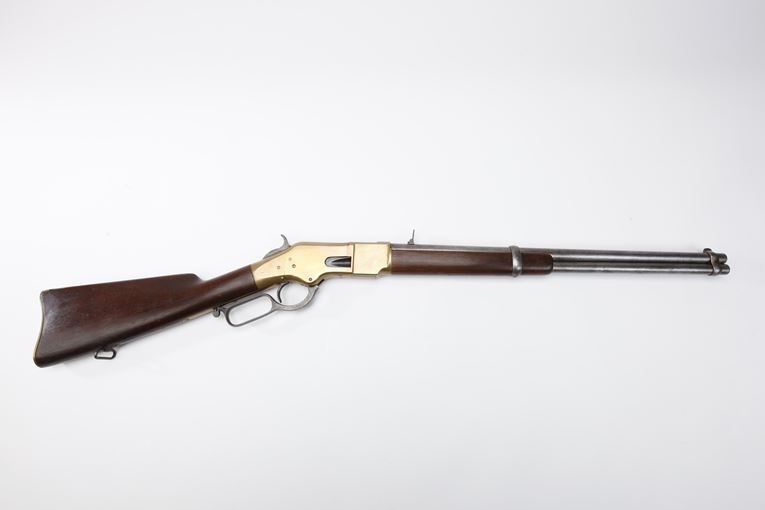 These arms were based on B. Tyler Henry's earlier lever-action design. Unlike the Henry, which was loaded from the muzzle end of the magazine, the Model 1866 included a receiver loading gate that became standard on later Winchester rifles. This Winchester lever-action carbine, chambered in .44 Henry, was manufactured in 1877. SN 132832