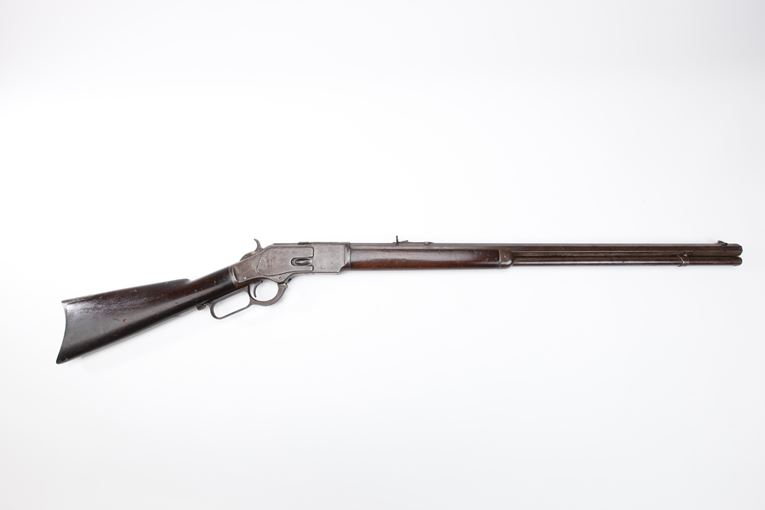 Model 1873 Rifles were available in an almost endless variety of configurations, including variations in sights, calibers, magazines, barrel lengths, wood contours, and many other features. Custom Winchesters, such as this 26-inch octagonal-barreled model, could be ordered directly from the factory. SN 108325A