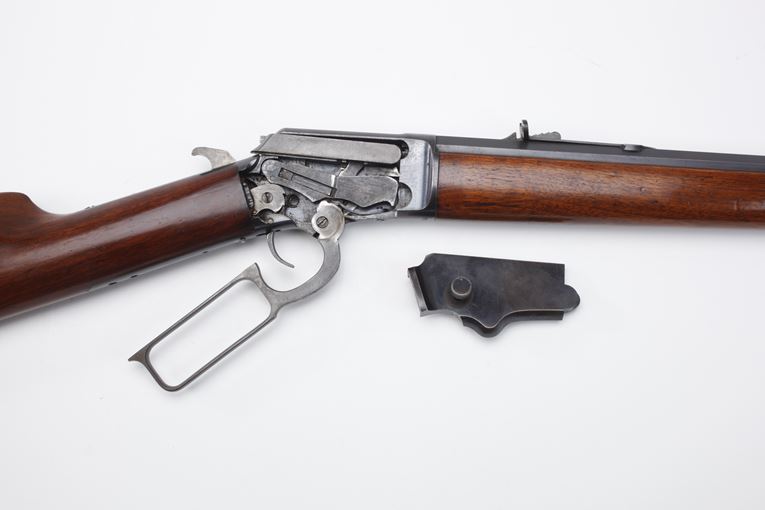 Convertible arms such as the Marlin Model 1892 could use either rimfire or centerfire ammunition. SN 74293. This rifle was manufactured in 1892.