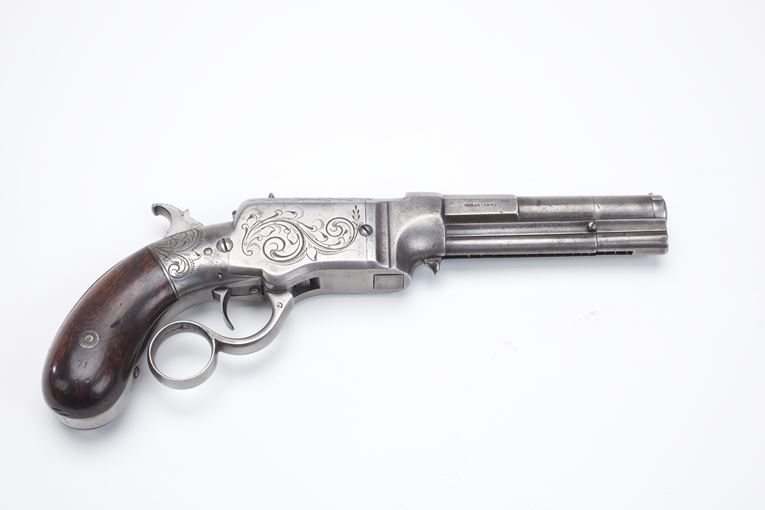 This predecessor of the Winchester lever-action rifle was produced by Horace Smith & Daniel Wesson, who later became famous for their revolver designs. In 1855, Smith & Wesson sold their interest to the newly-organized Volcanic Repeating Arms Company. Production continued under this banner until 1857, when Volcanic was reorganized as the New Haven Arms Company, and was discontinued entirely in 1860. This design influenced the Henry and Winchester rifles that followed. One major drawback of the Volcanic was its lack of an extraction system, thus defective cartridges created problems in these pistols.