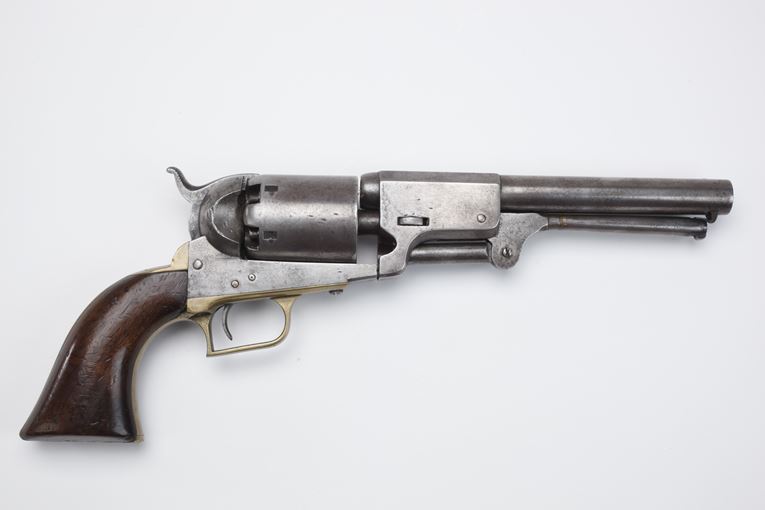 Older Colt percussion revolvers continued to be used well after the advent of cartridge arms. SN 10541