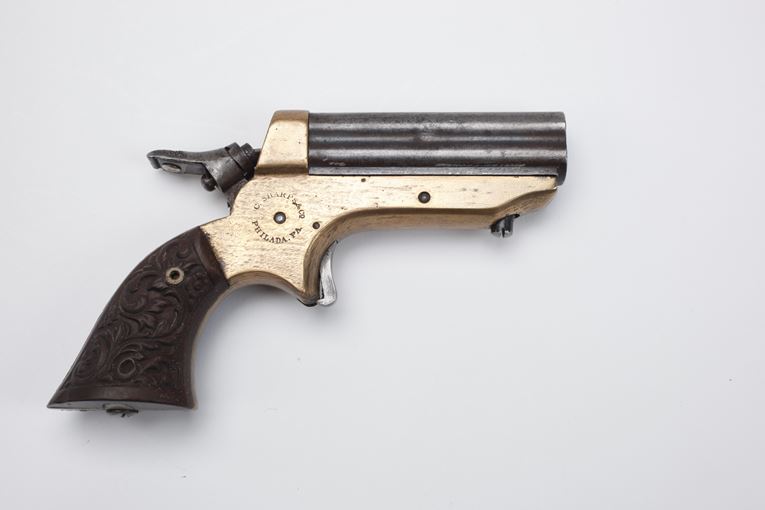 The grips of this Sharps derringer are made of gutta percha, a synthetic hard rubber. SN 9064