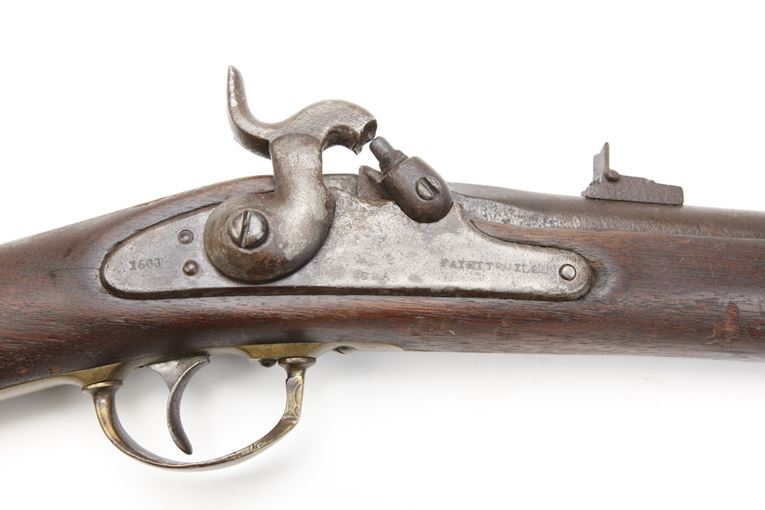 Parts captured at Harpers Ferry Armory were used in the production of these two-band rifles. SN NONE

As the Civil War began, the industrialized North could produce large quantities of arms, but the agrarian South could not. The South, realizing this, searched after quality arms wherever they could be found. In this search, Southern agents went to England with money to buy. Other Southerners used rifle-making machinery and parts that had been taken from the captured U.S. Armory at Harpers Ferry, Virginia, and established Confederate armories in other locations, including Fayetteville, North Carolina. This .58 caliber rifle is one of those that was manufactured there. These arms provided greater accuracy than muskets, and had a longer effective range.