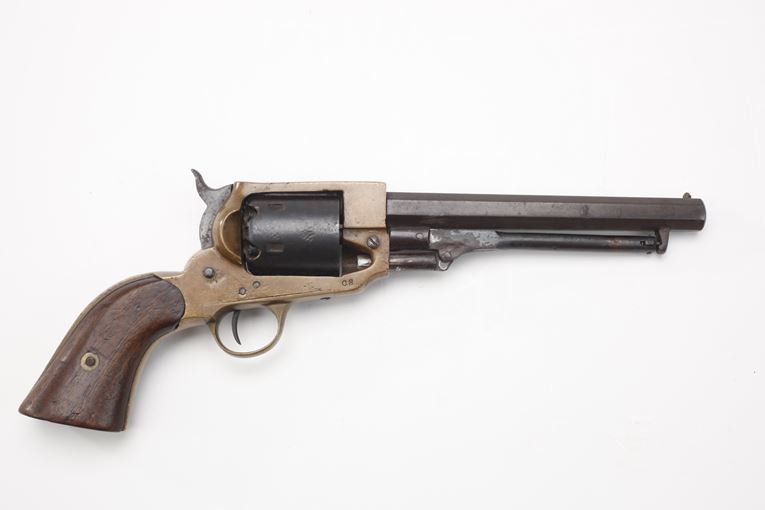 The Spiller & Burr revolver was patterned after the northern Whitney Navy revolver. Production facilities were initially set up in Richmond, Virginia, but were moved to Atlanta in 1862. By 1864, the Confederate government had taken over the company, and production continued at Macon, Georgia through the end of the war. Although initial contracts called for the production of 15,000 revolvers, fewer than 10 percent were actually manufactured. SN 101