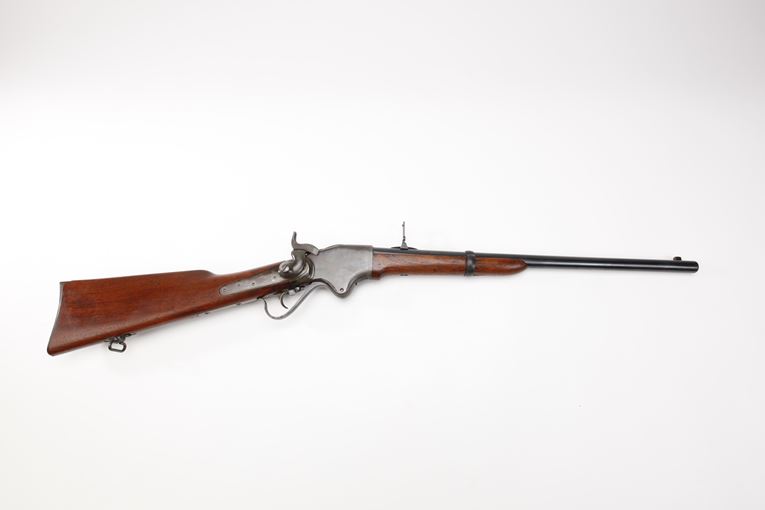 Christian Minor Spencer was born in Manchester, Connecticut on June 20, 1833. At age 11, he went to live with his maternal grandfather, Josiah Hollister, a veteran of the Revolutionary War. It was there that young Christian learned the rudiments of wood- and metalworking. By the age of 14, Spencer was apprenticed to the Mount Nebo Silk Manufacturing Co., located in South Manchester, Connecticut. This firm was owned by the Cheney family, one of New England's most enterprising and influential families. After a year, he entered a second apprenticeship, this time with local machinist Samuel Loomis.

Christian renewed his employment with the Cheney family in 1854 when, at the age of 22, he became superintendent of his benefactor's new silk ribbon manufactory in Hartford. During this period, Spencer designed and patented a machine to attach labels to spools, thus allowing one shop girl to do the work of three. The Cheneys paid Spencer a $25 royalty on every machine he produced. Although working 11 hour days six days per week, Spencer began to experiment with an idea for a breech-loading repeating firearm.

By 1859, with the encouragement of both his father and the Cheneys, he had perfected a lever-action rolling block rifle design, and on March 6, 1860, he was awarded a U.S. patent for his work. With financial backing from his father, Ogden Spencer, a prosperous wool merchant, Christian was able to secure the services of Luke Wheelock, an experienced gunsmith, for the production of prototype firearms. Spencer also befriended Richard S. Lawrence, then superintendent of the Sharps Rifle Manufacturing Company, and this association most likely influenced certain aspects of Spencer's design.

Spencer carbines continued to serve on the frontier after the Civil War, but the firm's prodigious wartime output contributed to a large post-war surplus. Declining sales forced the Spencer Repeating Rifle Co. into insolvency, and in October, 1868, all of the company's assets were sold to the Fogerty Rifle Co. of Boston. Within a year, Fogerty's assets were in turn purchased by Oliver Winchester, and Christian Spencer agreed to assign all future repeating rifle designs or improvements to Winchester.

Spencer later returned to the firearms industry with the formation of the Spencer Arms Co., which manufactured his design for the first practical pump-action shotgun. This firm was later sold to noted arms dealer Francis Bannerman. Christian Spencer died on January 14, 1922.