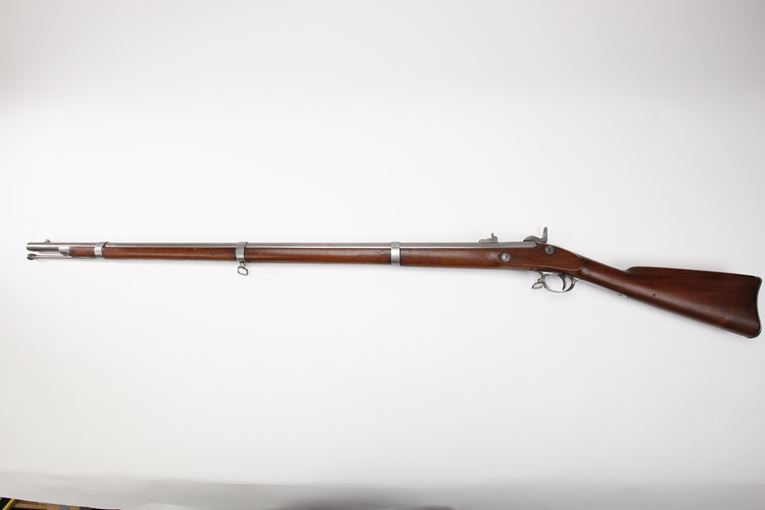 With the outbreak of war in 1861, the War Department quickly realized that the government arsenal at Springfield, Massachusetts would be unable to meet the demands of rapidly-growning armies. This muzzle-loader is but one of tens of thousands produced by twenty-one Northern manufacturers who received contracts to produce military longarms patterned on the Springfield Model 1861 Rifle-Musket. More than 98,000 Bridesburg- and Philadelphia-marked muskets were produced by Alfred Jenks & Son between 1861 and 1865.