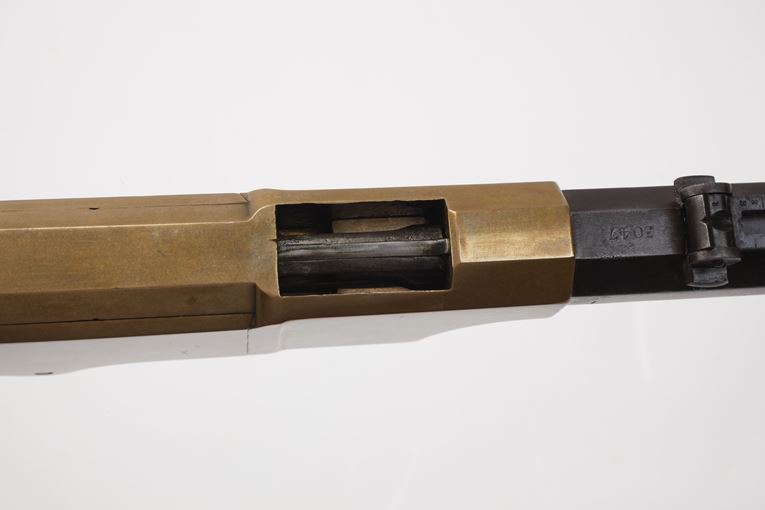 Although privately purchased by various soldiers, only about 1,700 (including this example) were actually acquired by Federal purchase and issued to the 1st Maine and 1st District of Columbia Cavalry Regiments. In 1865, many of these rifles were in turn re-issued to the 3rd Regiment, U.S. Veteran Volunteers. This example was manufactured in August/September of 1863.

By 1864, Henry rifles were the most portentous guns available. Made for .44 caliber rimfire cartridges, their tubular magazines held fifteen rounds that were loaded and fired using a levered guard and trigger. Several raised" units were equipped with Henry rifles by their patron commanders. Among these was Colonel Lafayette Baker's 1st Washington (D.C.) Cavalry. All such units performed effective service with their repeaters. Much of this service was directed against Lee's Army of Northern Virginia."