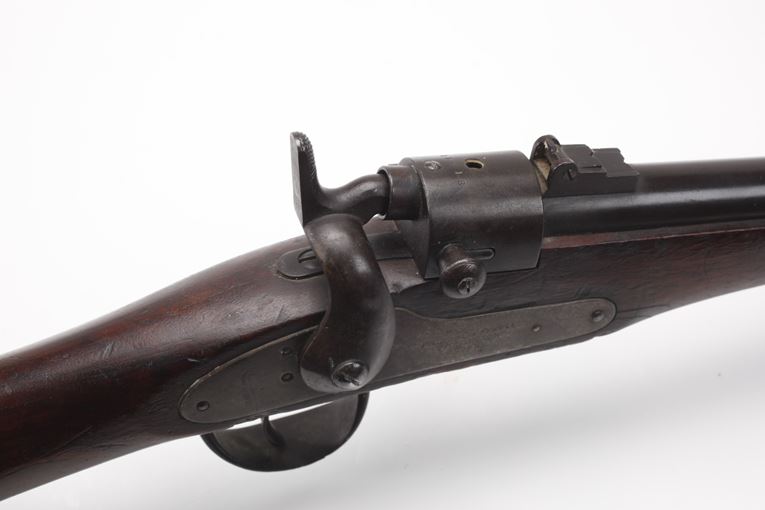 Approximately 16,500 Joslyn carbines were manufactured from 1862 to 1865.  This .52 caliber rimfire breechloader was issued to many Union Cavalry regiments, including the 19th New York Cavalry, which employed this arm during their 1864 Shenandoah Valley campaign.  Other units that received Joslyns included the 1st Nebraska, 1st Nevada  and 11th Ohio regiments.