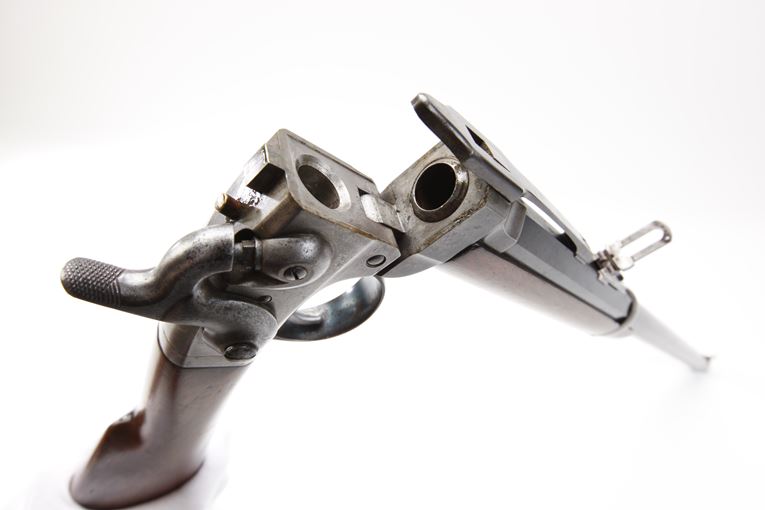 These carbines were patented by Gilbert Smith of Buttermilk Falls, New York. Approximately 30,000 examples were manufactured during the Civil War by both Massachusetts Arms Co. and American Arms Co., both of Chicopee Falls, MA. Nearly all of the Smith carbines manufactured were purchased by the Federal government for military issue, with a few finding their way to the commercial market. Federal cavalry units which were issued the Smith carbine include the 1st Connecticut, 1st Massachusetts, 6th and 9th Ohio, 7th and 17th Pennsylvania, and 3rd West Virginia. SN 11922