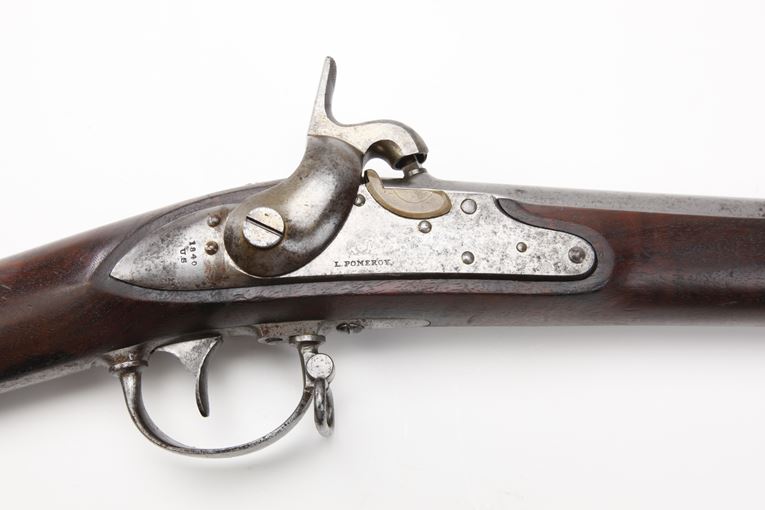 Many flintlock muskets were converted to percussion ignition and rifled for military issue.

The military transition from flint-lock to percussion-ignition continued. By 1845, production by contractors of percussion-alteration arms was in full swing. This example, originally made by Lemuel Pomeroy of Pittsfield, Massachusetts, shows that conversion was accomplished by removing the pan and filling the opening with a brass plug, and installing a percussion cone on the top of the breech. The barrel has also been rifled to provide a stabilizing spin on the musket ball. At about this time, the United States was pursuing the concept of Manifest Destiny," which involved the occupation of all western lands as far as the Pacific Ocean. However, Mexico and Canada already occupied some of this territory. Conflict would result."