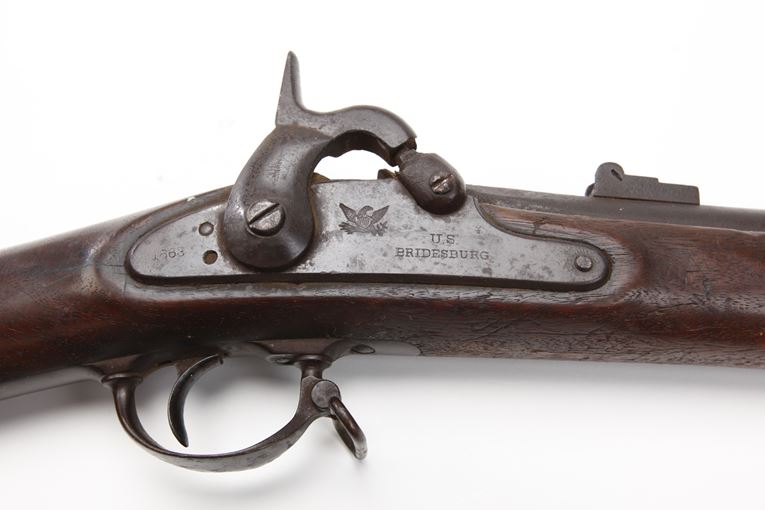 At the outbreak of the Civil War, the U.S. government quickly realized that its own armory at Springfield, Massachusetts would be unable to meet the demand for infantry arms. Albert Jenks & Son were among 21 private contractors who manufactured the U.S. Model 1861 Rifle-Musket during the war years. These were a standard infantry arm for Union troops. Over 98,000 BRIDESBURG-marked muskets were produced between 1861 and 1865, making Jenks second only to Springfield Armory in production totals for this long arm.