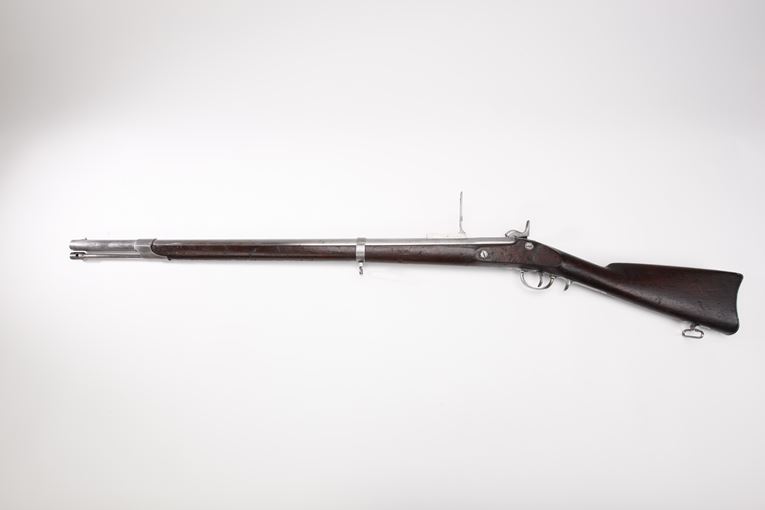 This model is also sometimes referred to as the "Plymouth Rifle" because of its association with the U.S.S. PLYMOUTH, which, under the command of famed U.S. Navy officer Captain John Dahlgren, served as a test vessel for naval ordnance. The Whitney Navy Rifle was developed aboard the ship prior to the Civil War, and Dahlgren personally recommended that it be produced. A contract for 10,000 Model 1861 rifles was completed by 1864, with the majority going into naval service. SN 537