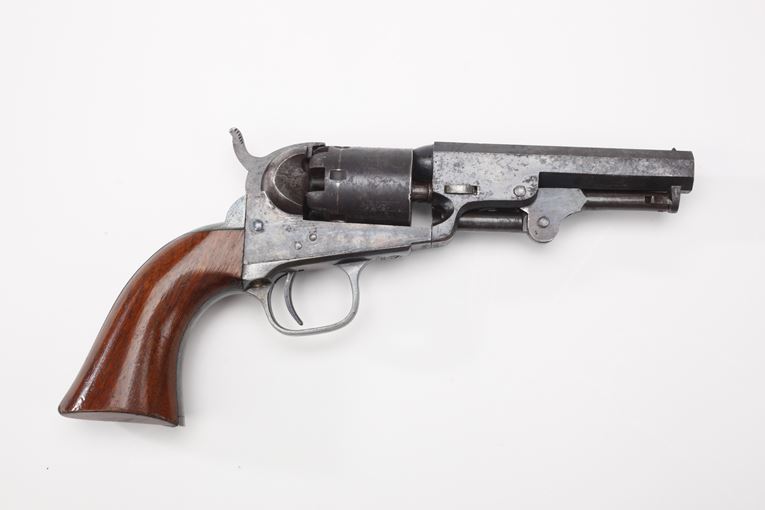 The donor's grandfather purchased this gun in Baltimore, Maryland on April 15, 1865, one day after the assassination of President Abraham Lincoln. Baltimore crowds rioted when news of Lincoln's death reached the city, and original owner bought this gun for personal protection.