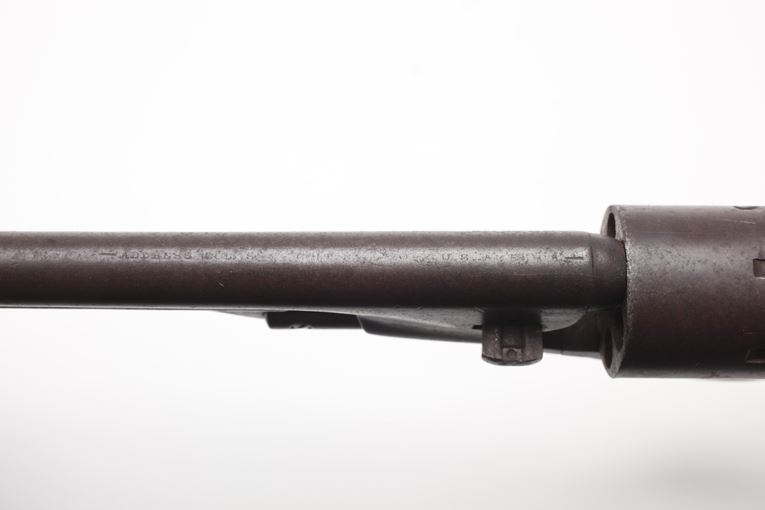 Carried by soldiers on both sides, the streamlined Colt Navy was a popular sidearm. This pistol is essentially a .36 caliber version of Colt's Model 1860 Army Revolver. Nearly 40,000 were produced between 1861 and 1873, but only a few hundred were purchased by the Federal government for both Army and Navy use. Most of these do not bear government inspector's marks. SN 6447


A six-shot, single-action revolver with the standard naval engagement on its cylinder, the Colt Model 1861 revolver was built along the same lines as the Colt Model 1860 revolver, except that it does not have a rebated cylinder, it is smaller caliber, and its 7 1/2-inch round barrel is a half-inch shorter. It was made for both civilian and military use. Colt's Patent Fire Arms Manufacturing Company, Hartford, Connecticut, produced 38,000 of these revolvers from 1861 into 1873. The barrel markings are the same Colt Model 1860.