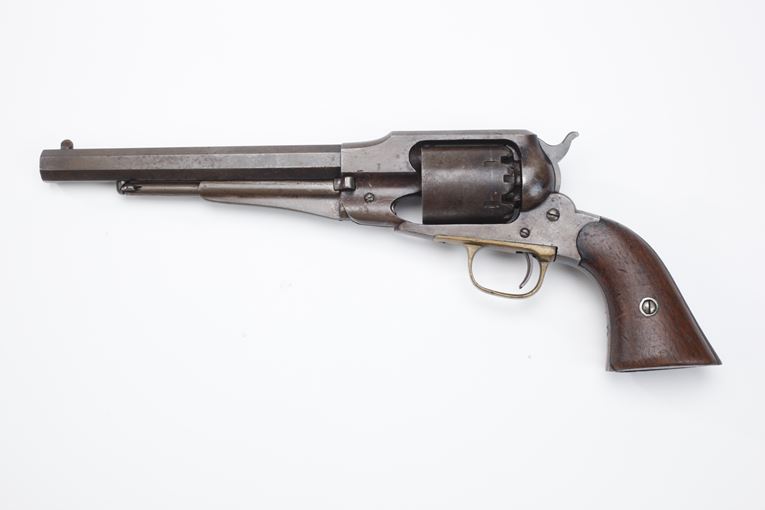 Remington was a major competitor with Colt for contracts to supply sidearms for the Union war effort. Approximately 110,000 New Model Army revolvers were made for the U.S. Government. The Remington Model 1861 "Old Model" Army Revolver featured a channel in the top of the loading lever which permitted the removal of the cylinder pin without lowering the lever. This was deemed unsuitable for military use, requiring modification of these pistols. The New Model Army Revolver corrected this problem in manufacture by eliminating the loading lever channel. The New Model was made c. 1863-1875. SN 94603