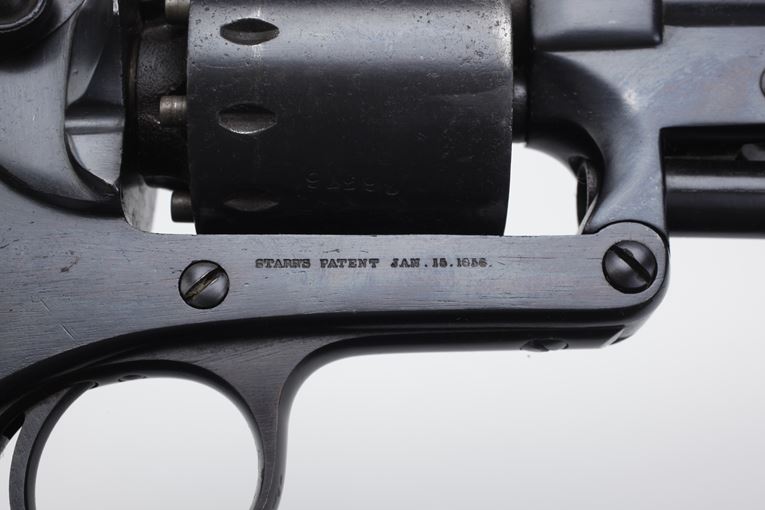 Starr revolvers were the third-most popular handguns purchased for use by Federal military forces. The earlier double-action Model 1858 Army Revolver, with its six-inch barrel, was later replaced by the less expensive single-action Model 1863 Army Revolver, with its eight-inch barrel. Approximately 32,000 Model 1863 revolvers were manufactured between 1863 and 1865. Of these, about 25,000 were purchased under contract by the U.S. government. The Starrs were the only American-made revolver produced during the Civil War that were available in both single- and double-action models. SN 26376


This six-shot, single-action revolver has an eight-inch round barrel rifled with six grooves, a cylinder 1 7/8 inches long, weighs three pounds, has a total length of 13 3/4 inches. Its cylinder is removed in the same manner as in the double-action Starrs. Walnut stock of those used in military service was oil-finished and stamped with inspectors' initials. It is stamped on the right side of its frame "STARR'S PATENT JAN 15, 1856." and on the left side of its frame "STARR. ARMS. Co. NEW. YORK."