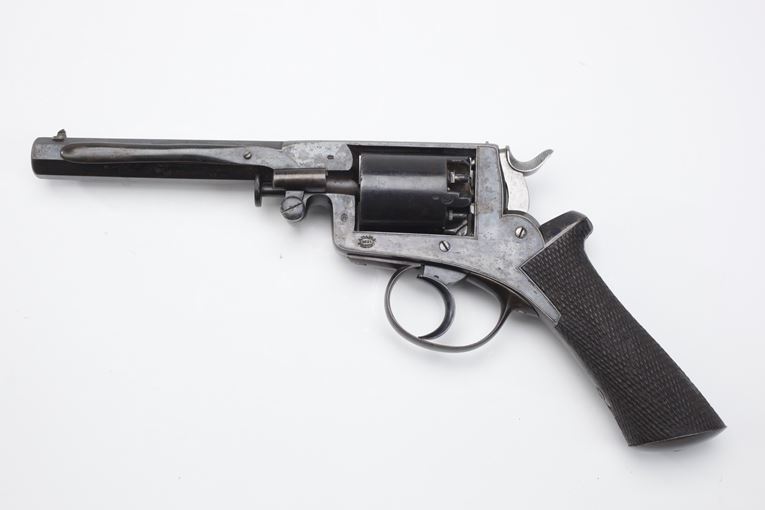 This self-cocking double-action solid frame gun provided competition from overseas for Colt's handguns. Adams Revolvers were produced in England by London Armoury Company, but they were also manufactured in the United States by the Massachusetts Arms Company of Chicopee Falls, Massachusetts. This dual production makes the British-patent Adams Revolver unique among "imported" Civil War arms. The Adams was also tested by the U.S. Army prior to the Civil War, but it was not adopted. However, many were purchased privately by soldiers on both sides. sn 10342