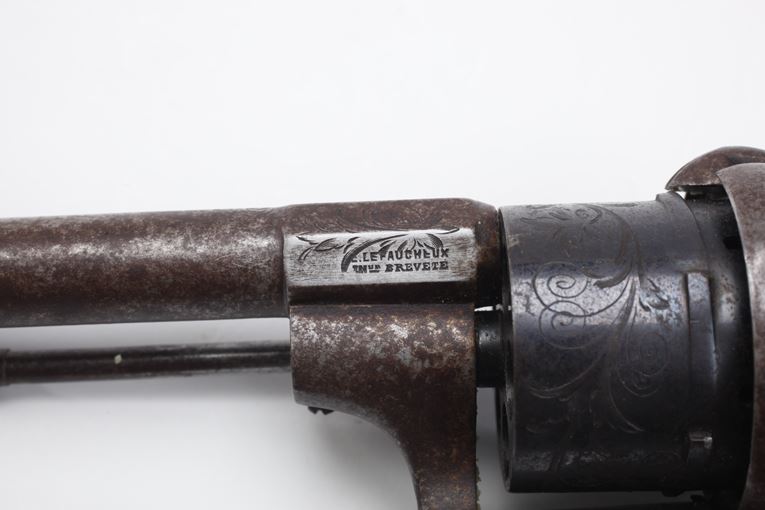 Confederate General Thomas J. "Stonewall" Jackson was presented with a similar engraved pinfire revolver by his staff. Very few if any revolvers of this type were imported by the Confederacy, perhaps because the unique pinfire ammunition required for their use was very difficult and expensive to manufacture. SN 247404