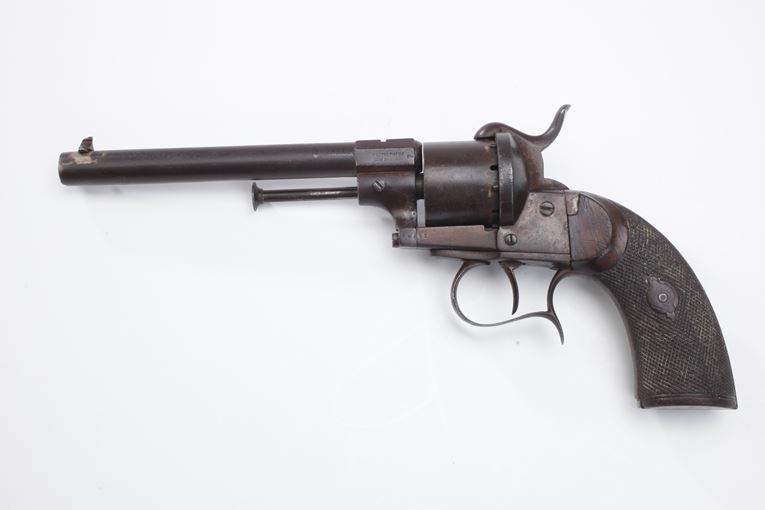 The LeFaucheux was one of the only foreign-manufactured revolvers to have been imported by the U.S. government during the Civil War. Over 11,000 were ordered by Federal authorities for cavalry use, with most of these serving in the Western Theater. This number surpasses that of many American-manufactured arms and makes the LeFaucheux a significant U.S. martial arm of the period. Although not imported by the Confederacy, some Southern officers are known to have carried LeFaucheux Revolvers.