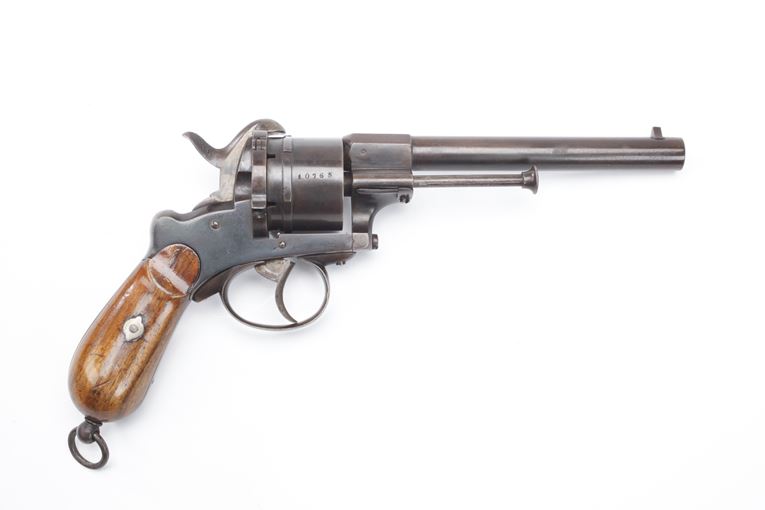 Many Belgian and French firms were licensed by LeFaucheaux to produce pinfire revolvers. These arms were the only non-percussion revolvers purchased for issue by either side during the Civil War. In addition, the LeFaucheux was the first sidearm issued by the U.S. Army that used internally-primed ammunition.