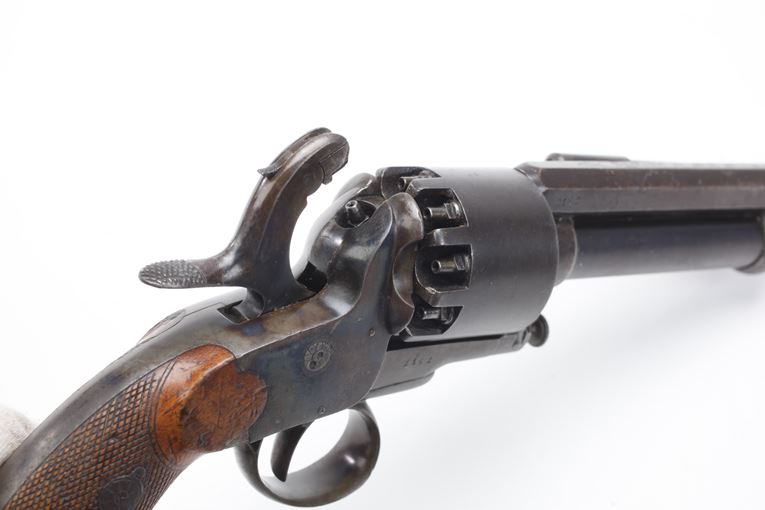 The "grapeshot" LeMat was a versatile handgun that was capable of firing shot loads or regular projectiles. Although produced in Paris, Belgium, and London, these pistols were invented by Dr. Francois Alexandre LeMat of New Orleans, Louisiana. About 1,500 were imported by the Confederacy, and they were used by such notables as General J.E.B. Stuart, famed Army of Northern Virginia cavalry commander, and by General Pierre Gustave Toutant Beauregard, Confederate hero of Fort Sumter, former business partner of Dr. LeMat, and a cousin to LeMat's wife, Justin Sophie LePretre. SN 2162